Bellagio is just one of the many beautiful towns along Italy’s Lake Como, but it’s the biggest and the one that most tourists come to by boat from other destinations along the lake. Although the crowds can be overwhelming, there’s good reason that it’s so popular.  With narrow streets that are really stone staircases, lined with shops on either side, it’s ridiculously picturesque. 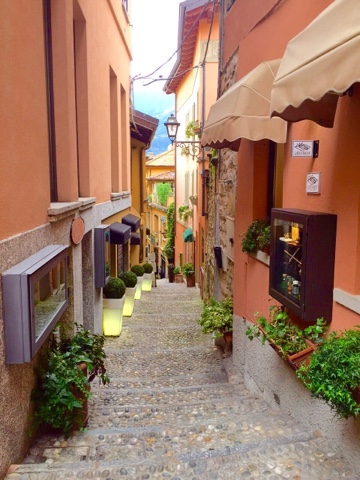 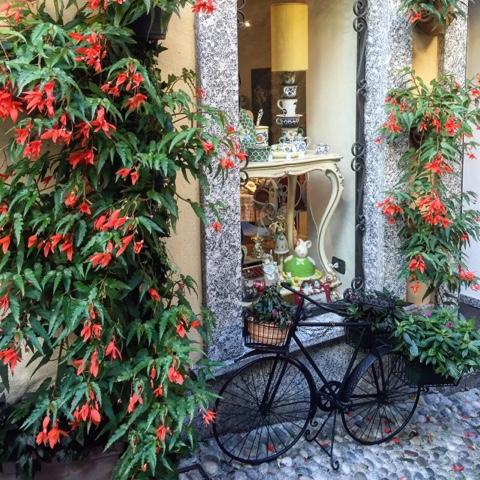 There are plenty of shops selling inexpensive trinkets but lots more selling high quality leather goods, jewelry and luxury clothing, including scarves and ties made of silk. This part of Italy was known for decades for its silk trade, a sector that still continues, but to a much lesser degree than in the past. 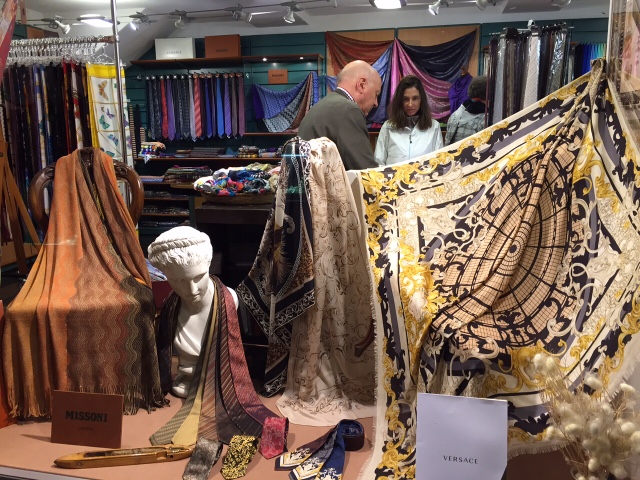 If shopping is not your thing, you can relax for a drink at one of the cafes by the waterfront or on the terrace of the Grand Hotel Villa Serbelloni, where you can sip a prosecco and enjoy the view of the mountains, the swanky hotel and the hotel’s inviting swimming pool. Thanks Rhonda Callaway, for the great photo of the drink. 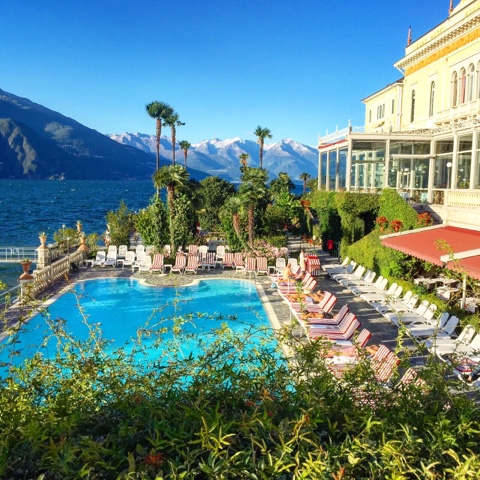 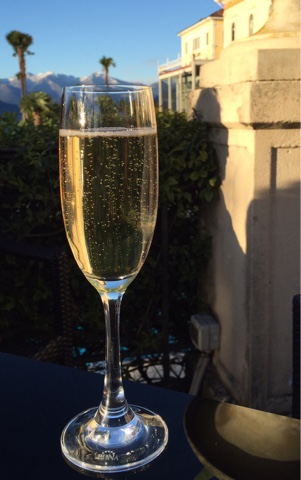 While you’re there, take a peek inside the hotel too, to get a gander at old world-style elegance. 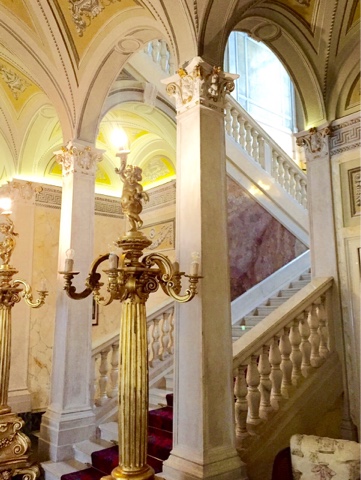 You’re bound to get hungry while you’re in Bellagio, and there are many good choices. One of my favorites is Bilacus restaurant. The name means “two lakes” in Latin, since Lake Como splits into two legs at Bellagio. Get a table on the outside patio if you can, where flowers are abundant. Everything is delicious, but I’m partial to the fish caught in the lake, including trout, or choose lavarello, a delicate white fish I’ve never eaten anywhere else. 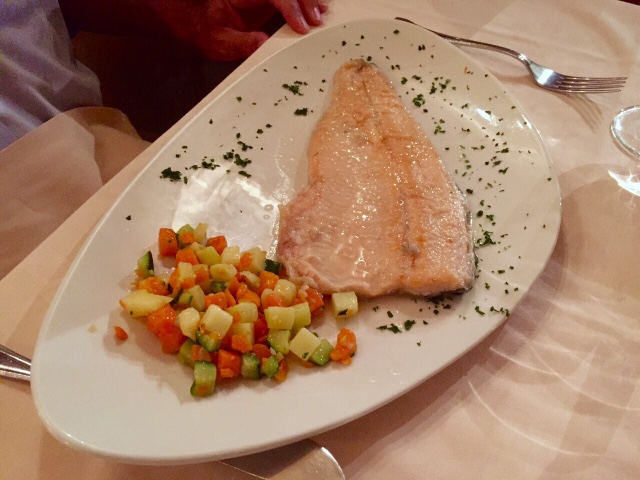 Another specialty of this region of Lombardy is pizzoccheri – flat noodles made using buckwheat flour. I had never eaten them before, and was eager to try them when I saw them on the menu of “La Punta,” a restaurant at the farthest promontory of Bellagio. They were served in the traditional way, with boiled potatoes and cabbage, bathed in a sauce using the local Valtellina cheeses. – oh, so delicious, but not exactly diet food. 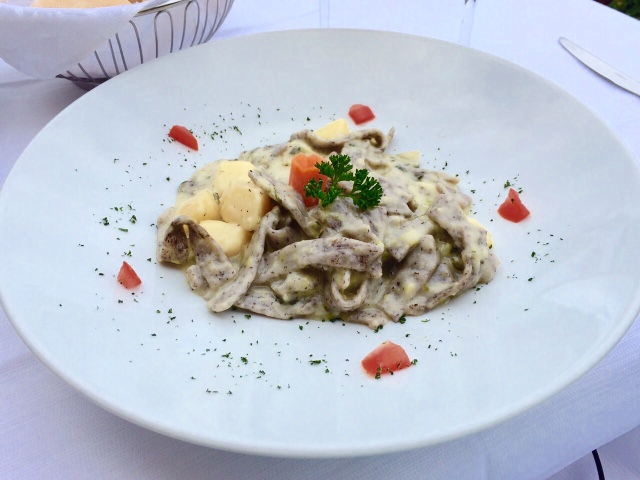 Work off some of the calories another day by walking to Pescallo, a charming small fishing village nearby. Stay for lunch, and you’ll eat fish fresh off the boat. Avoid Monday though, when the restaurants are closed. 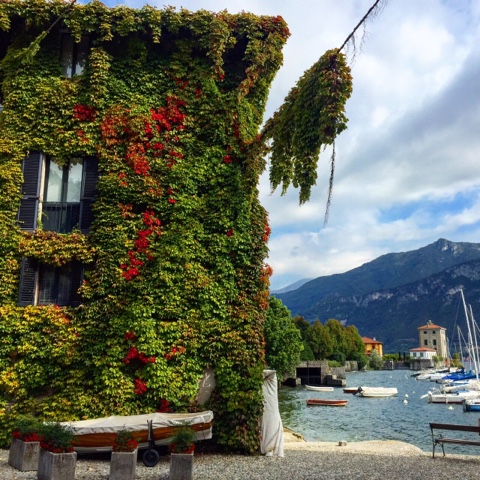 If you’ve still got energy, continue walking until you get to the hamlet of St. Giovanni, where you’ll see examples of a boat called a Lucia, a traditional boat used in the 18th century along the lake region.  The curved wooden frames held fabric that allowed for protection against rain and inclement weather. The boats are named for one of the main characters in Alessandro Manzoni’s book “I Promessi Sposi,” (The Betrothed), partially set in the region. It’s the most widely read book in Italy, and required reading for school students. It’s not only a love story betweem Lucia and Renzo, but about a struggle for power, foreign domination, religion, plague, famine and more – topics that are as relevant today as in the 1800s, when the book was written. 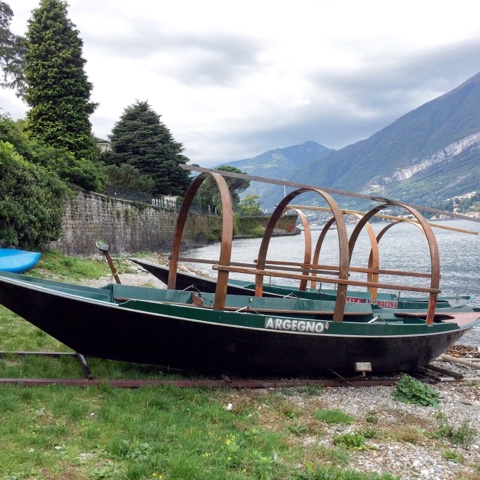 Head back to Bellagio as twilight descends though, so you can pull up a chair, enjoy a digestivo and a spectacular sunset after a well-spent day. 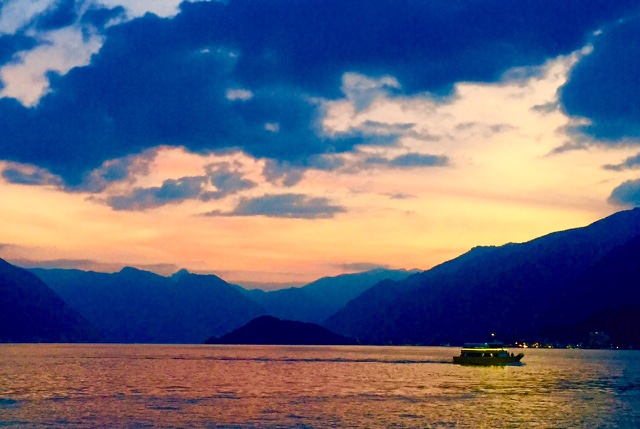 If you’d like to try your hand at making pizzoccheri, here’s a website that shows you how:
http://www.deliciousdays.com/archives/2007/02/16/pizzoccheri-della-valtellina-embracing-comfort-food/

I was in Chicago once - eons ago when dinosaurs walked the…

“Do you want to go back to ‘Le Bernardin’ for our anniversary,”…