I know spring is in the air, but I couldn’t let winter depart without posting this pear and cranberry crisp. It’s something I always order at the end of a meal at a local restaurant called Enoterra and it rings all the right bells. I’ve made plenty of apple and peach crisps in my life, so how different could it be to throw a pear and cranberry crisp together that tastes like Enoterra’s? Easier than you think actually. I’ve still got some cranberries in the freezer and I had one more “Harry and David” pear in the fridge.  One of their large pears made enough crisp for two people (assuming you’re not a glutton) and I baked it in a small ovenproof dish. You might want to use two pears if you’re using the brown bosc pears from the supermarket that would also be delicious in this recipe.  Start by peeling the pears, slicing them, and mixing them and the cranberries with some freshly grated nutmeg, cinnamon, sugar and a few other ingredients. 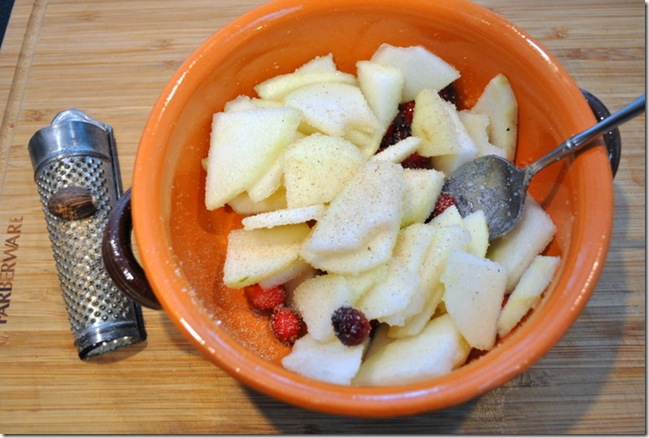 Then press it down firmly with your hand into a buttered oven-proof container: 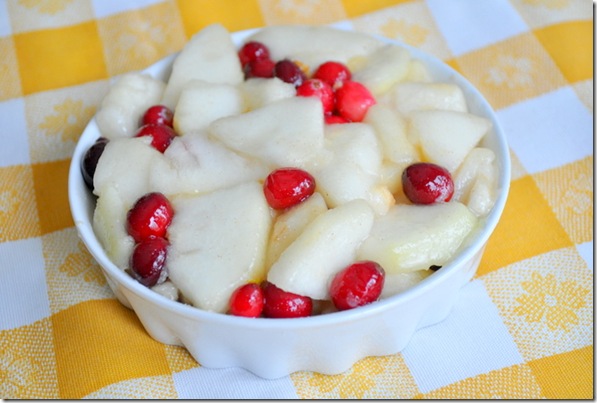 Top it with a crumbly mixture of sugar, flour and butter: 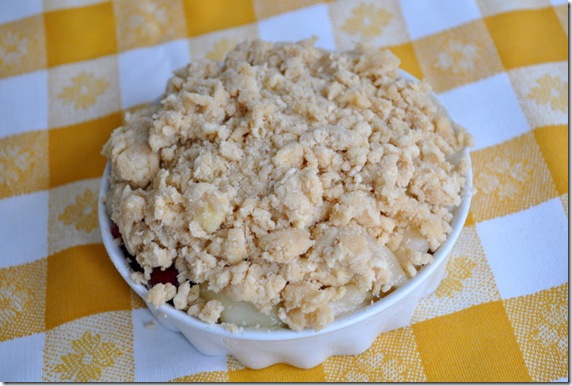 And bake for a while until it’s browned and crispy on top and bubbling with goodness: 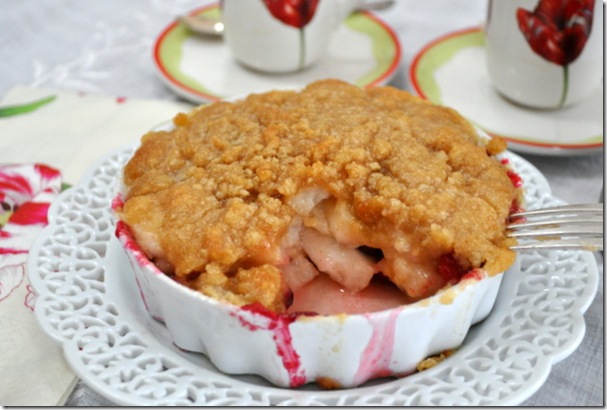 Oh shoot, I forgot the vanilla ice cream! Guess I’ll just have to make the crisp all over again.  Yes, that’s better. Excuse me while I retreat to a corner and indulge. 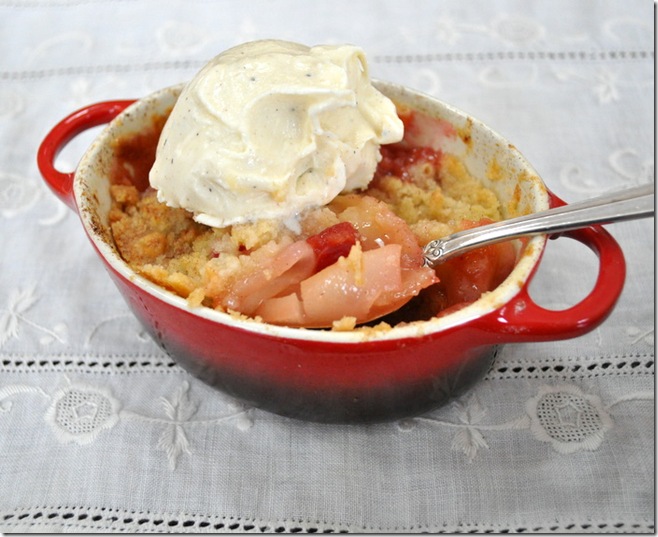 Slice the pears and place into a bowl with the cranberries. Add the sugar, nutmeg, cinnamon, lemon juice and flour. Mix everything together and press into a buttered baking dish. Press as hard as you can because the pears will release a lot of water and sink down into the dish. In another bowl, mix the flour, sugar and butter with your fingers until you have small clumps. Sprinkle the clumps over the pear mixture. Bake at 375 degrees for 20 to 25 minutes or until browned. It’s a good idea to place the oven-proof container on a baking sheet or piece of aluminum foil in case there is some spillage.

A blast from the past and a giveaway

This crostata recipe comes from Domenica Marchetti. And it graced our dessert…

It may be just another workday if you live in the U.S.,…