Is it a good idea to eat a fish that is sometimes referred to as the “ex-lax” fish? And what makes me think I should eat it when its consumption is banned in Japan and Italy?   Well, I wasn’t aware of these tidbits of information when I purchased the fish at my local fish market, Nassau Seafood. There it was sitting on ice chips, looking white and fleshy and appetizing, with a name I didn’t recognize. The guy ahead of me was buying it too, and he sounded like he’d eaten it before and liked it.  I try to broaden my taste experiences now and then, so I bought a small chunk too, then proceeded to look it up online when I got home. 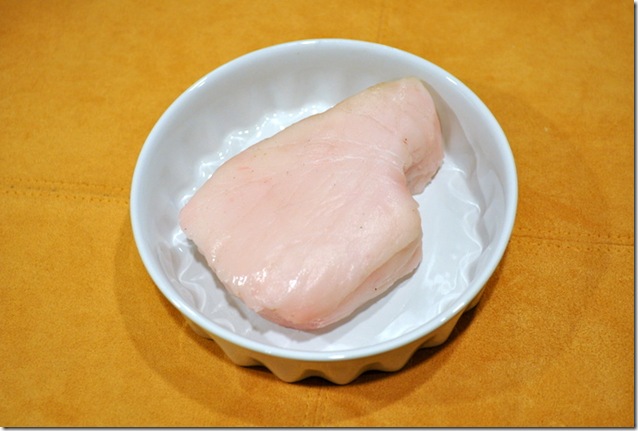 It’s found in tropical and temperate waters around the world and has a dark colored skin.  According to Wikipedia, it’s sometimes called “white tuna” or “butterfish” but these names are misleading. It does have a buttery flavor though, which is why people like it.  It’s even on the menu at Eric Ripert’s paean to all things fish – Le Bernardin. So far, so good, right? So why the negative moniker? 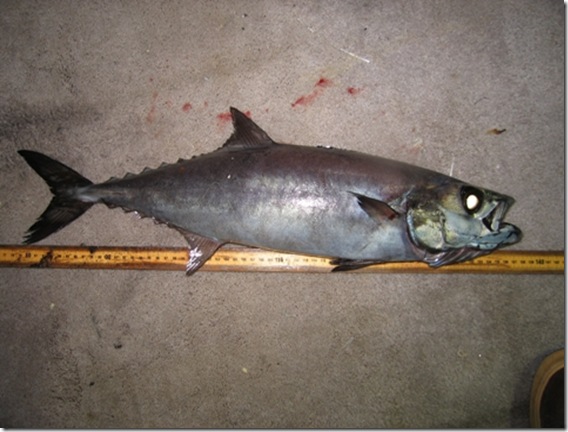 Well, there have been reports of intestinal problems, similar to food poisoning. Stay near a bathroom, some food bloggers report. This is due to escolar’s inability to digest certain wax esters that it ingests, giving it an oil content of up to 25 percent. I wasn’t too reassured after reading that, so I called the store where I bought the fish and spoke to owner Jack Morrison. After calling his supplier, Jack called me back and gave me more information on the fish I’d just bought. It was caught off the Bahamas in the Florida straights, where most of the big-finned fish, like swordfish and tuna are caught.  The fish were landed at Cherry Point, South Carolina, so they are considered local fish, he said. They’re the smooth-skinned variety, he said, another point that’s crucial, because the rough-skinned escolar is what causes the problem. According to Wikipedia: “The greatest concern around this fish is the mislabeling of the rough skin escolar for that of its higher priced smooth skin escolar relative. This has created significant bad press by consumers due to the inappropriate processing (not-deep skinning the fish) and selling the cheaper (rough) skin fish that has a significantly higher oil content than that of the more expensive, smooth skin fish causing purgative issues.” Whew, that’s better, I thought, because now my curiosity had really been piqued and I was ready to try the fish no matter what. “We’ve had very good response and have been incident free when the fish are local and are caught relatively quickly and we know the process,” Jack said. “However, all the blogs suggest you eat small portions of this fish.” Which is what I did, since I had purchased a piece that weighed a little less than 6 ounces.  I marinated it for a short while, then cooked it in a grill pan and served it with a salsa made of different colored heirloom tomatoes that looked really fresh and delicious at the market, even though it’s midwinter. The fish was firm and fleshy, like a cross between a Chilean sea bass and a tuna (if tuna were white) and the taste was sort of buttery, but not oily at all. No wonder people like this fish.  Hey, I don’t know what Japan and Italy are thinking, but if it’s good enough for Eric Ripert, it’s good enough for me. 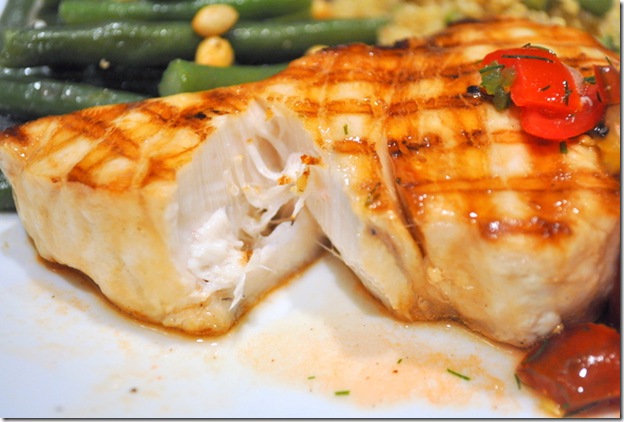 They're still out there folks -- blood oranges that is. I don't…