If you’re lucky – if you’re really, really lucky, someone will enter your life who is capable of imparting to you what’s really important on this earthly planet we inhabit.  Not because of something she told you, but because of the magical way she had of living her life. Those of you who follow this blog know that I lost my husband and brother within the last few months. At this risk of alienating readers who are fatigued from what may seem like a ongoing obituary column, I ask those readers to proceed directly to the bottom of this post where you will find the most delectable crostata recipes ever. 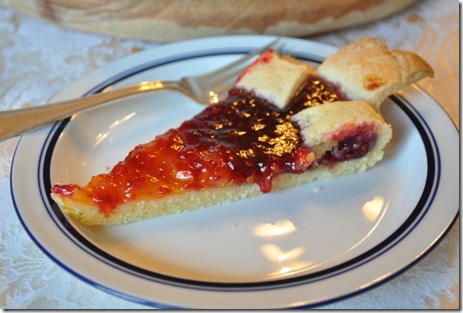 But to move straight to the recipes would be to miss reading about a truly one-in-a-million person who affected the lives of thousands of people in our community. That person, the same person who also is responsible for the crostata recipes you see here, is my friend Alessandra. 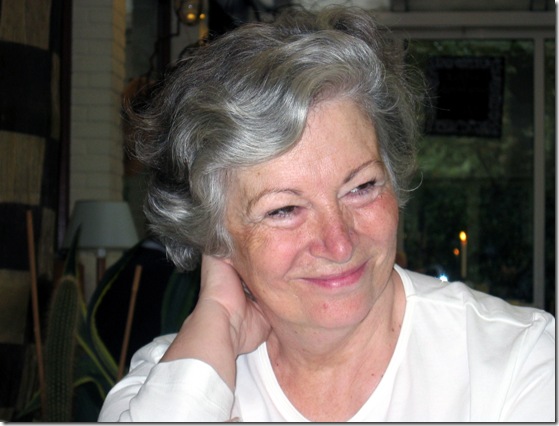 I’ve written briefly about her before, when I posted her recipe for gnocchi alla romana. Everything I said about her then is true ten times over, and it’s worth reiterating now because. . . well, because as difficult it is to write it, it’s even more difficult to accept it, but the sad and irrevocable truth is that the generous heart that was Alessandra’s hallmark also failed her last week. When I first met her nearly 30 years ago, she taught an Italian literature class at the local adult school. Students in the class, some of whom enrolled for 20 years in a row, were drawn by her gentle but expert teaching style. She had a way of making the most reticent student join in the discussion of works by Pirandello, Manzoni or other Italian authors. She was the “heart and soul” of the Italian cultural organization where we both served as board members. Alessandra was responsible for returning vitality to the organization after its history as a settlement house for Italian immigrants in the early part of the 20th century. There was rarely a contentious moment at any board meeting, partly because she knew so well how to listen, and come up with solutions to a problem. 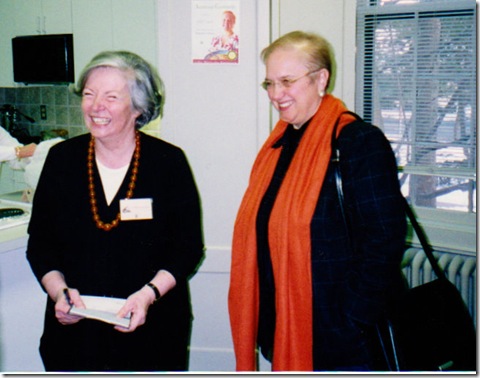 She served on other boards in town too, not as a figurehead, but digging deep and pitching in gladly with full force when help was needed, whether it was cooking for a fund-raising auction (people at a local nursery school would line up to bid for her artichoke lasagna sometimes paying more than $300) or spear-heading the creation of a yearly quilt auction for the school. During her lifetime, she made and gave away more than 20 quilts, all exceptional and all crafted with love. 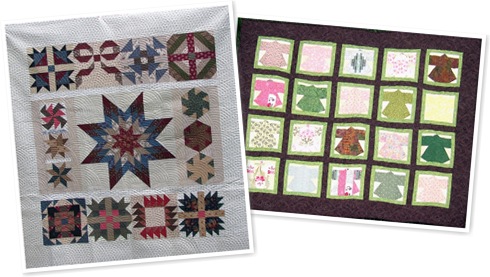 While her domestic talents would have put Martha Stewart to shame, she was about much more than cooking, stitching and household activities, holding down a number of jobs outside the home over the years, including as community relations director for a large law firm, an administrator for a theological institute, and as liaison for Princeton University for a villa it owned on Italy’s Lake Como. There are so many more accomplishments I could cite, but she would get annoyed at me knowing I’ve listed even the ones above. Anyone who really knew her also knew that titles meant little to her and she was as self-effacing as they come. She lived her life simply, preferring the humble to the ornate, the quiet to the noise. She found beauty and joy in the domestic arts, but more importantly in the people who surrounded her – not only her beautiful family – a husband, three children and eight grandchildren, and her friends, but even those with whom she had a casual acquaintance. Whether you were a member of her weekly Italian chit-chat group and knew her for 40 years or whether you just moved to town and knew her for only two weeks, she always made time for you and made you feel special. Those of us who were her friends feel truly blessed to have had her in our lives. But don’t take it from me – see for yourself how thoughtful she was, how insightful she was, how giving she was, by reading the following excerpt  from one of her journals. Although she spoke perfect English, I include the original written in Italian, as well as a translation. “Da anni, di quando in quando, mi pongo il problema di cosa sia piu’ importante nella vita non per il puro piacere della teoria, ma perche’ credo sia molto importante avere un punto fermo da cui e a cui muovere. Ne ho cambiati alcuni, perche’ dopo un po’ di tempo mi si rivelavano inferiori ad un altro. Mi sembra, da un po’ di tempo, di essermi stabilizzata su questo valore come il cardine principale:  l’amore, e piu’ di quello che si receve, e’ importante quello che si riesce a dare agli altri, a tutti gli altri. Sbaglio?” “From time to time, I have asked myself what is most important in life – not for the sake of theorizing – but because I feel it is important to have a guiding principle. I changed it several times, since after a while one seemed inferior to another. But for some time now, I gravitate around this cardinal point: love – more than what we receive, the love that we give to others, to all others. Am I wrong?” 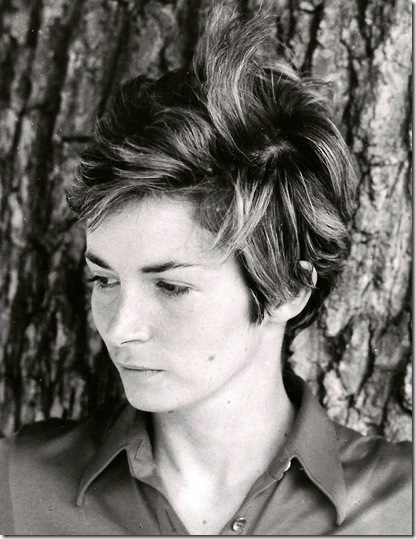 Alessandra  A beauty in every sense of the word, who leaves behind a legacy of love in each and every person she met. Ciao bella. And now for her crostata recipes. There are two and they are slightly different. Both are truly delicious so just take a dartboard and pick either of them. The first one was given by Alessandra to our mutual friend Ellie, over an afternoon filled with friends and a crostata demonstration by Alessandra. It is topped by the traditional criss-crossed strips of dough on the top. Eleanor gave me a hint that freezing the dough strips for a few minutes makes them easier to maneuver over the filling. 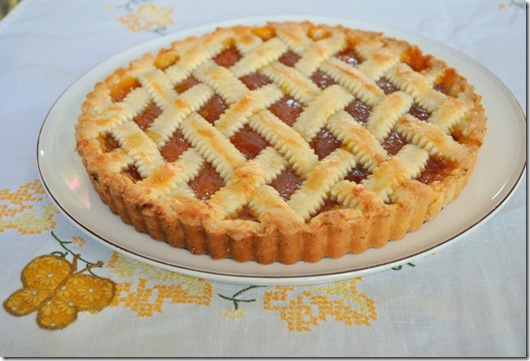 The second recipe was given by Alessandra to Cristina, another friend and a vivacious, transplanted Roman who conducts cooking classes in her home. She invited me to join the class last week when she dedicated the recipes to Alessandra, cooking foods from the Veneto region of Italy, where Alessandra was born. Cristina gave the crostata a more non-traditional border, resembling the sun –  a most apropos reminder of someone whose star will shine forever in our hearts. 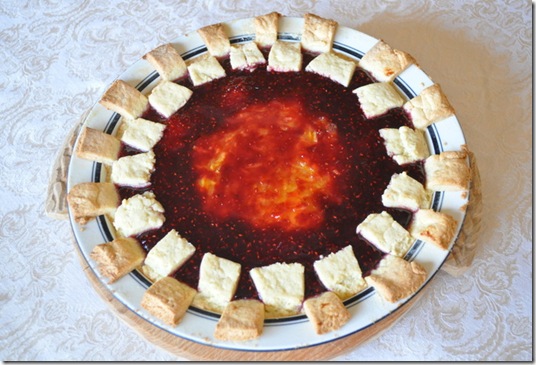 or for one crostata:

Place flour and sugar into food processor and pulse for a few seconds. Add the butter in small pieces and pulse again, until it resembles coarse sand. Add the egg(s) and sherry to the food processor, pulsing until the mixture starts to form a ball. Add a little ice water, a teaspoon at a time, if necessary. If you don’t have a food processor, mix by hand with pastry cutter or spoon. Let it rest for about 1/2 hour. Divide the dough into 3/4 for the bottom and 1/4 for the strips. Roll the bottom onto a floured surface and fit it into a buttered tart pan, letting any excess hang over the edge.
Fill the crust with jam. Roll the remaining 1/4 of the dough on a floured surface and cut into strips. Place them lattice-fashion over the jam, attach them to the dough along the rim, then trim the edges of the crostata. Bake in a 375 degree oven for about 25 to 30 minutes until the dough is golden brown. I place the crostata on a cookie sheet that has been preheated in the oven to 425 degrees, then lower it immediately to 375 degrees. It helps ensure the bottom crust is cooked thoroughly. Eleanor likes to bake the empty shell for a few minutes at 375 degrees, then add the preserves and top it with the strips. Try it either way and see what works for you. The results depend not only on the recipe but also the type and size pan you use. Eleanor uses an 8-inch pan, but I use a 9-inch tart pan and it works fine too. Crostata No. 2 (from Cristina via Alessandra)

Prepare the dough similar to above recipe, but if you want to make a decorative border like Cristina’s, do not divide the dough into two parts. Make one round disk and roll out between two sheets of waxed paper. Place over a pie plate that has a “lip” on it. then take a butterknife and make cuts all along the rim. Take every other “flap” and flip it in toward the jam. Cristina also used two different kinds of preserves to create the “sun” effect. 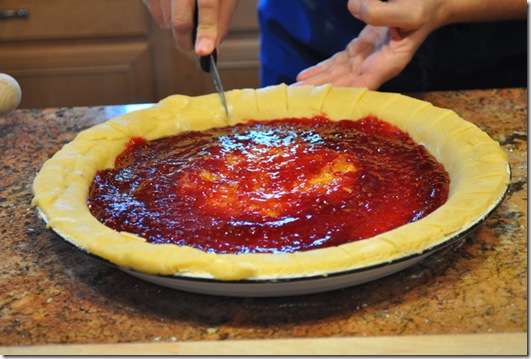 Same old, same old, plain old roast pork? Not this one. It's…