In what seems like several lifetimes ago, a young girl named Linda (that would be me) met a young fellow named Rich who was not only handsome, but kind, funny, smart and loving – and he knew how to dance really well too. 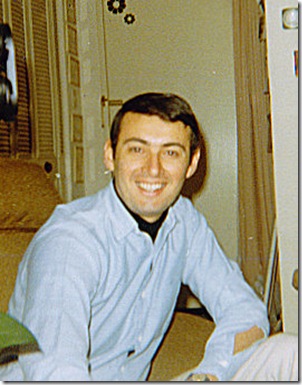 Fate threw them together that first night, but it didn’t take them long to realize they were meant for each other. 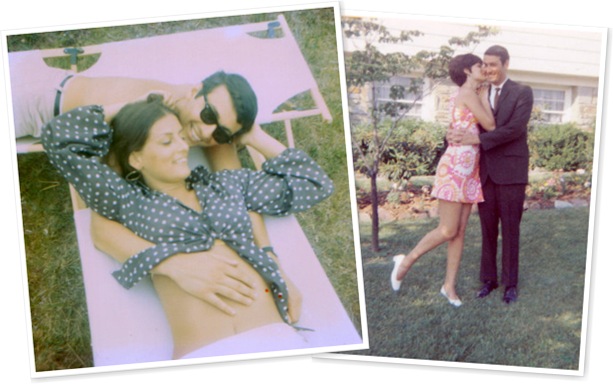 She baked him a chocolate soufflé early on in the relationship, despite the fact that she was as adept in the kitchen as a pig trying to fly. Which is to say, she didn’t know a sieve from a spatula. Attempting a soufflé when you’ve never even made a cake is like asking a baby to run before she takes her first steps. So in this case, her good intentions fell flat – literally. The soufflé never rose, but instead sank to the bottom of the dish. Nonetheless, she scooped out a piece of the chocolate mess and presented it to her beau, whose immediate reply was an auspicious hint at the generosity that was to mark his relationship to her for the rest of their lives:   “Wow, these are the best brownies I’ve ever eaten,”  he said. 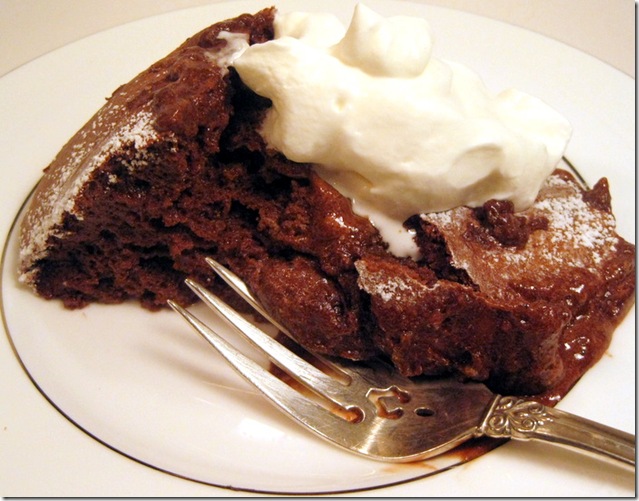 The soufflé debacle did little to squash his love for her, nor for her desire to cook for him again. Eleven months after they met, they walked down the aisle to start their lives as a married couple where she had a daily reason for improving her culinary skills. 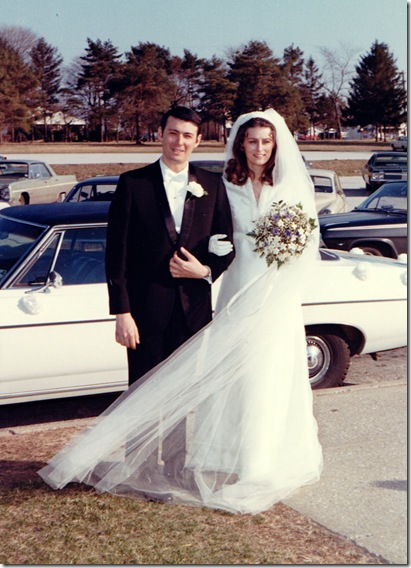 Forty years of marriage, two children and many soufflés later, Rich always had a soft spot in his heart for her cooking, whether it was a fancy feast or a humble stew. When she started her food blog, he was the biggest booster of Ciao Chow Linda, emailing blog posts to friends and former colleagues. But regular readers have noticed that the blog came to a halt for a couple of months, a short while after Rich was diagnosed with pancreatic cancer and Linda’s world also stood still. Only two months after the diagnosis – coincidentally and symbolically on her birthday, Oct. 21 – the horrible disease claimed the life of a beloved father and husband. 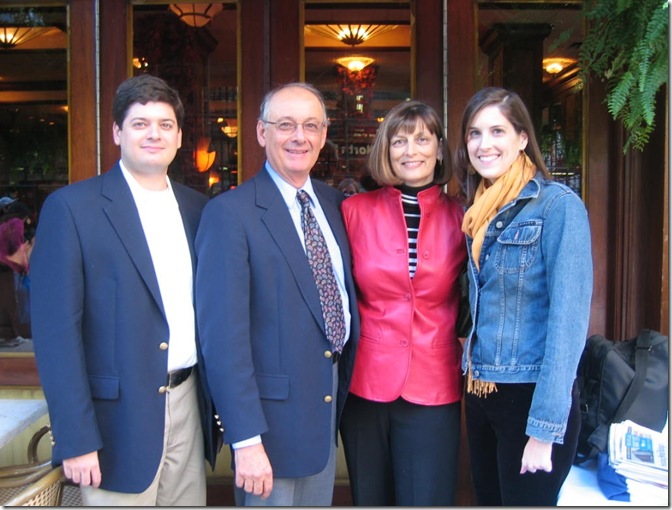 He was a man who touched the lives of so many, not just his immediate family and friends. He was an engineer who will long be remembered by business colleagues who admired his skill and enjoyed his sense of humor; by high school students he mentored in robotics for many years and helped them win a national championship last year; by neighbors who benefitted from his fix-it skills and advice; by strangers whose day was graced by his helpful gestures and friendly smile;  and even by the birds and squirrels who still come looking for his handouts. In short, he will be missed by many. Greatly missed. Today would have been his birthday, and we would have been celebrating with a cake, but sadly the guest of honor is not at the table to blow out the candles. Even though he’s not here physically, he’s still very much here in spirit. For a couple of months now, some of you may have been wondering why the blog had stalled. A few of you knew why the joy had vanished from my life and showed your support across the miles, even though with one exception, we’ve never met. I am so grateful for your concern and am slowly preparing to reclaim my passion of writing this blog, knowing that Rich is following me too. So dear readers, I start by sending you this soufflé recipe in my sorrow, but also in gratitude and in heartfelt tribute to a truly caring, loving man who taught me so much about life and love from the first time I met him, right up to his dying days. Happy Birthday Sweetheart 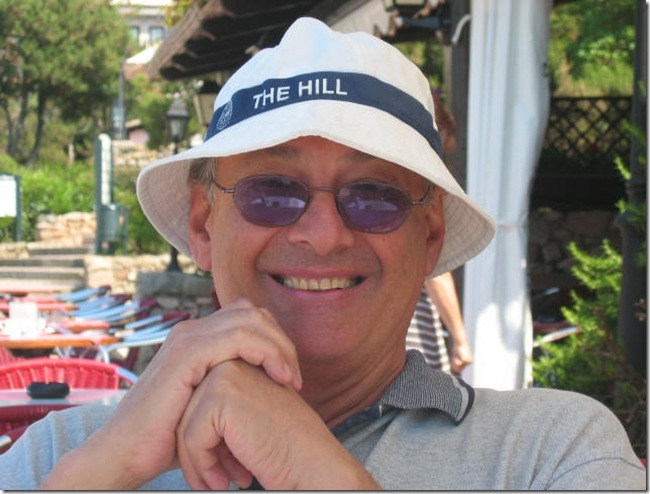 “He has achieved success who has lived well, laughed often, and loved much; Who has gained the respect of intelligent men and the love of little children; Who has filled his niche and accomplished his task; Who has left the world better than he found it; Who has looked for the best in others and given the best he had; Whose life was an inspiration; Whose memory is a benediction.”  -Robert Louis Stevenson My Dearest Richard – May God Bless You and Keep You Safe Always 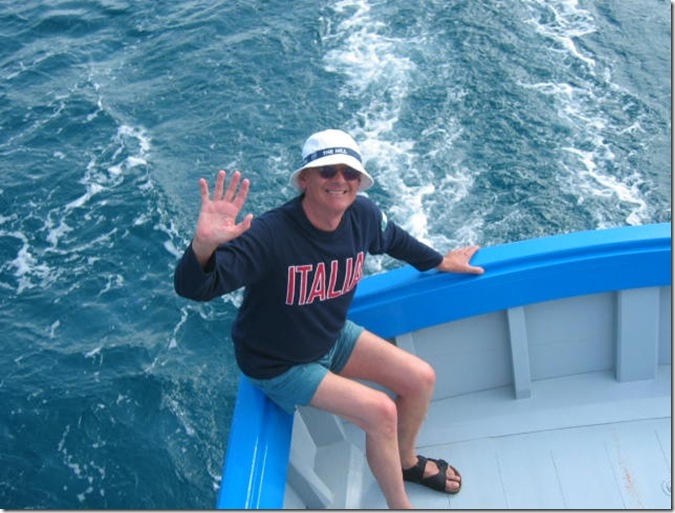 About two hours before serving, mix flour and 1 1/2 cups of the sugar in a 2-quart saucepan, using a wire whisk. Slowly stir in milk until smooth. Cook over medium heat, stirring constantly, until mixture thickens and boils. Cook one additional minute and remove from heat. Stir chocolate pieces into mixture until melted. Temper egg yolks by adding a small amount of hot mixture to yolks to gradually raise their temperature. Then very slowly add yolks to chocolate mixture, mixing well. Refrigerate until cool to lukewarm. Stir occasionally. Preheat oven to 375 degrees. Grease a 2 1/2 quart soufflé dish with butter and sprinkle with a small amount of sugar. In a large bowl, beat egg whites with mixer at high speed until soft peaks form. Sprinkle in remaining 1/4 cup sugar and continue to beat until sugar is completely dissolved. Whites should stand stiff. Fold in cooled chocolate mixture 1/3 at a time. Add vanilla and mix. Pour mixture into soufflé dish, leaving one inch from the top for expansion. Bake 35 to 40 minutes until a knife inserted in mixture comes out clean. When soufflé is done, sprinkle with powdered sugar. Serve immediately.

We have a truly world-class library here in Princeton. No, not the…