Just for the record let me state that my friend Lilli makes the best eggplant roll-ups ever. She’s known for these delicious morsels and everyone in our Italian chit-chat group always requests them when we have a shared dinner or picnic. You know how certain people just have a “hand” for making certain dishes? Well, that’s Lilli and her eggplant roll-ups. Actually, that’s Lilli and her biscotti too, her almond paste cookies (I must get you that recipe), her meatballs, her on and on and on. The girl from Salerno knows how to cook. I’ve tried photographing these roll-ups at many occasions, but truthfully, the photo always comes out looking like a not-too enticing red blob. That’s what happens when you have poor lighting and everyone is pushing you out of the way, eager to dig into the dish. And trust me when I say that although these were delicious, Lilli has the knack for making them sublime. That’s what comes from years of experience in making a dish until you achieve perfection. Still, I had to try. So I thought I’d try making them myself and taking photos in my kitchen. But again, it’s tough to take good photos when your husband is pushing you and your camera out of the way, eager to dig into the dish. So these photos are the best I can do. I used those thin Japanese eggplants for this dish since that’s what I had growing in my garden, but Lilli uses the traditional and plumper Italian eggplants. Start by slicing them thinly and salting them. Let them sit for an hour or so, then press them with more paper towels to squeeze out the liquid. 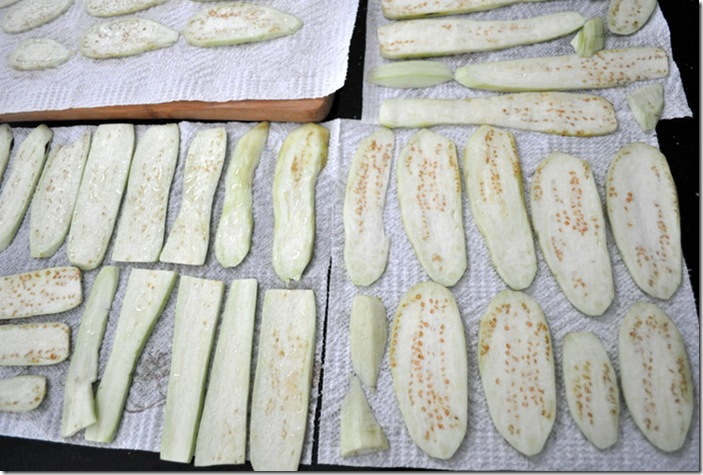 What Lilli does next is dip the slices in flour, then in egg before frying in hot oil. She says that renders them lighter. Risking culinary heresy and other crimes that occur when you don’t follow a master’s recipe, I did the opposite and dipped them in egg first, then flour before frying in hot oil. They turned out just fine. I followed the rest of her instructions to the letter, slathering on a bit of tomato sauce, a basil leaf, some mozzarella cheese and some parmesan cheese. 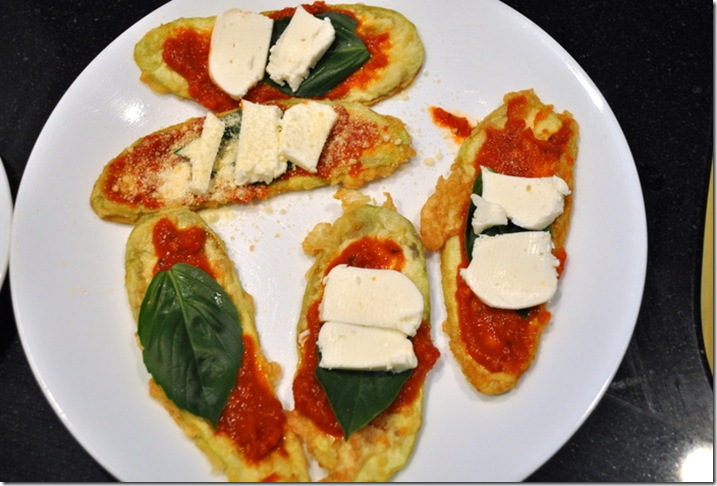 Roll them up, put them in a casserole and top them with more tomato sauce and a sprinkling of parmesan cheese. Cover them with aluminum foil and bake in the oven at 375 degrees or so for about 30 minutes. 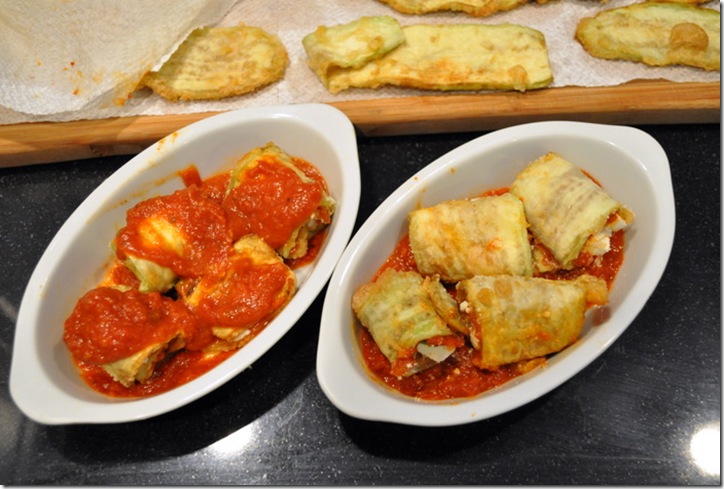 Remove the foil and dig in. If you want to save some time, you can make this in steps. the frying really is time-consuming. Lilli fries all the eggplant one day, then assembles and bakes the roll-ups another day. You can also freeze the fried eggplant and thaw it out later when you want to put the whole dish together. On second thought, don’t make this recipe. At the very least, don’t make it for a group gathering. Once you make this for your friends, you’ll be sentenced to making it for every event you attend. Sorry Lilli, but these are sooooo good, and nobody makes these as well as you do. 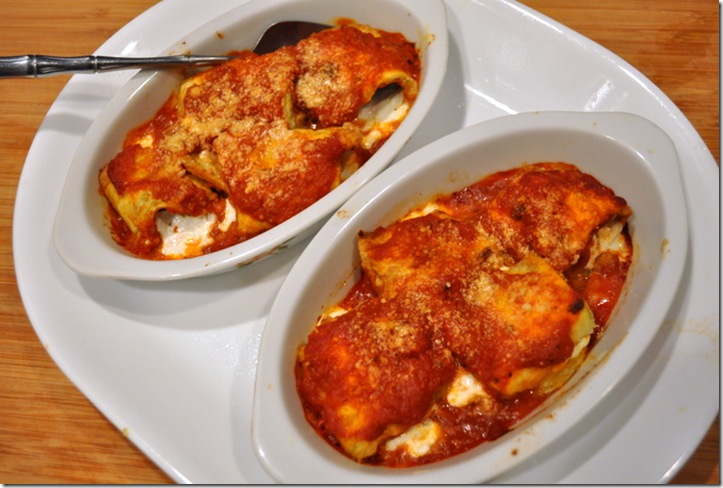 Lilli’s Eggplant Roll-Ups Printable Recipe Here (No amounts are given since you have to adjust according to the size of your eggplants). Eggplants, peeled flour egg(s), beaten oil for frying tomato sauce fresh mozzarella cheese parmesan cheese fresh basil leaves Slice the peeled eggplants thinly, maybe 1/8 inch or so. Salt them and let them sit on paper towels for an hour, then squeeze out the water on the eggplants with more paper towels. Dip the eggplant slices in the beaten egg, then in the flour. Shake off any excess flour then fry them in hot oil. Drain. Spread a little tomato sauce over each slice of eggplant. Place a fresh basil leaf over the sauce, then a piece or two of fresh mozzarella, followed by a sprinkling of parmesan cheese. Roll up the eggplant slices and place them in a casserole, topped with more tomato sauce and a sprinkling of parmesan cheese. Bake in a 375 degree oven, covered, for about 30 minutes.

Italian Goulash in the Dolomites

Yes, you heard me right - goulash - Italian goulash. Goulash (or…

Today we're taking a trip to Trieste, Italy, where I had the…