It’s baaaaaack! Zucchini that is. You didn’t think I could go too long without another zucchini recipe now did you? This time it’s stuffed for all you carnivores out there. I’ve already given you my recipes for zucchini filled with rice, parmesan cheese and vegetables and zucchini stuffed with ricotta cheese, so it’s about time to satisfy the meat eaters. This is basically a ground meat mixture inside a zucchini but the round shape elevates this a bit above pedestrian meat loaf. It sure tastes like more than meat loaf. If you can’t find these globe zucchini, use the long variety instead. A few days before leaving for vacation last month (and before the beastly heat wave that ravaged my garden), I harvested as many as I could from the garden. I stuffed them and they’re tucked away in the freezer for one of those days when cooking is the last thing on my mind. Here’s how to prepare the zucchini. Bring a pot of water to boil and cook the whole zucchini for about five minutes. They’ll still be kind of hard, but they’ll cook another 45 minutes in the oven later on. You just want to soften them enough to get things going and to easily scoop out the interior. Use a knife to cut a circle into the zucchini, then score the circle into many pieces. Using a grapefruit spoon, scoop out the interior and set aside. You won’t be using the interior in this recipe, but don’t throw it away – it’s good for an omelet, sautéed separately as a vegetable, or in soups. 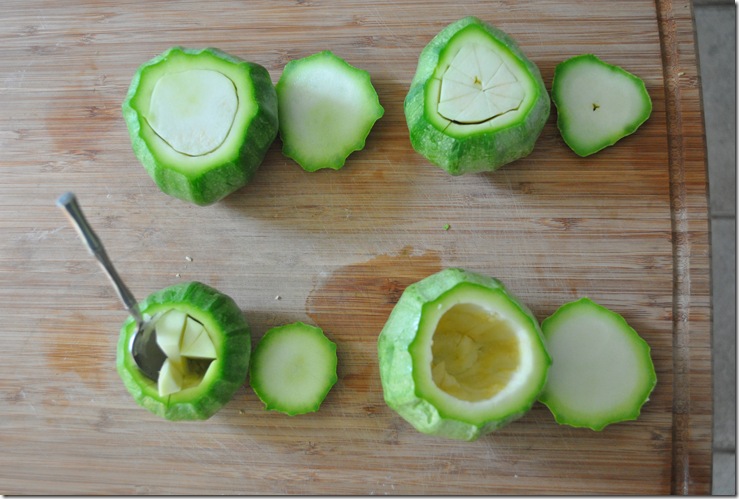 Blend the meat mixture together and stuff into the zucchini. 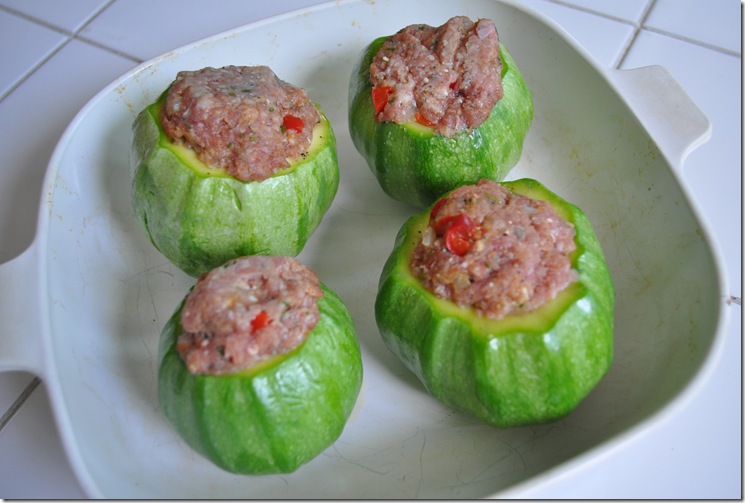 Pour a generous serving of your favorite tomato sauce over the top. 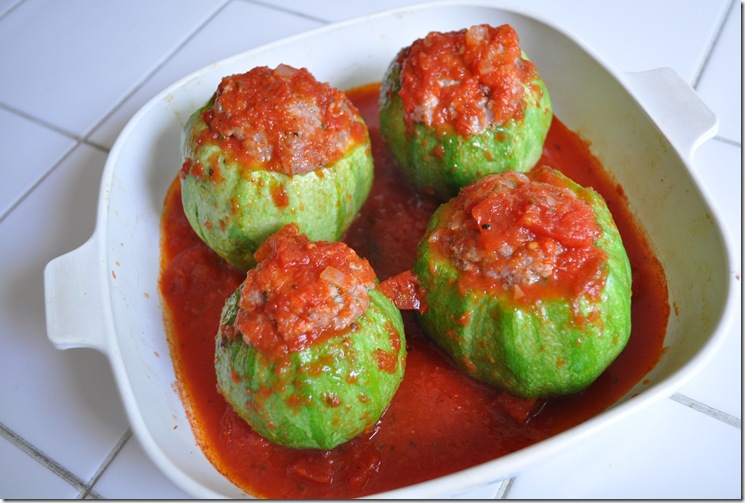 Put the lids on the zucchini, then cover the casserole and bake. 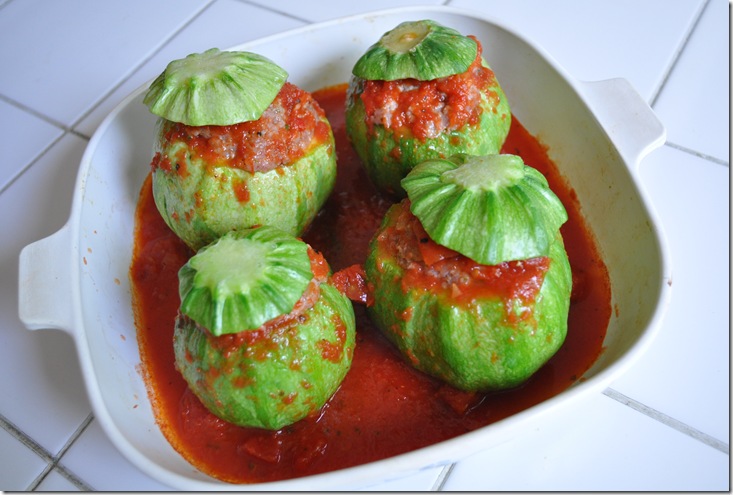 After 45 minutes, this is what you’ll be able to sink into: 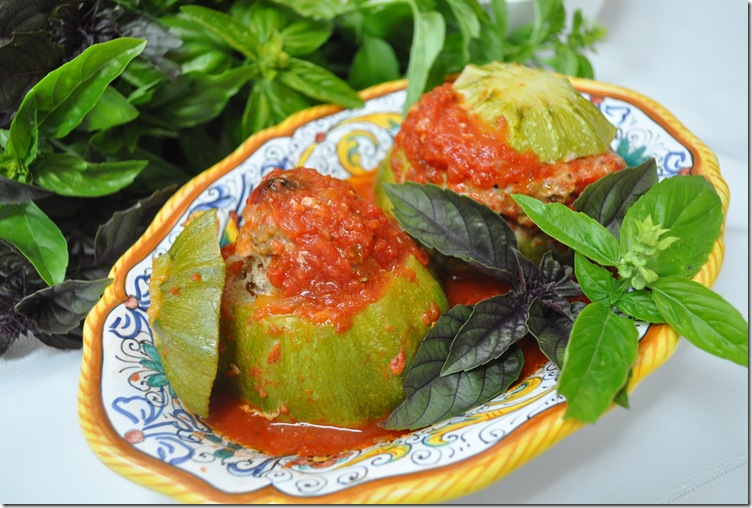 Slice it open and swish it around all that sauce: 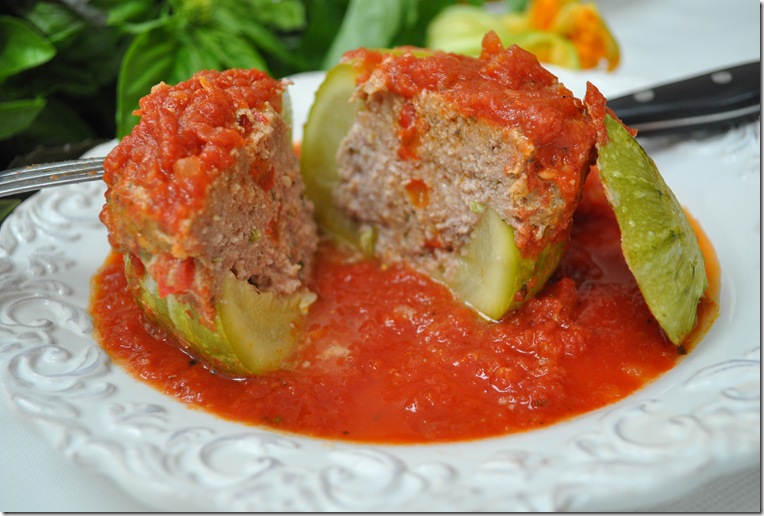 Stuffed Baked Zucchini printable recipe here 4 globe-shaped zucchini (use the long ones if that’s all you have) Filling (enough for about 8 zucchini. If making only four, as I did, you’ll have enough filling left to make a small meat loaf) 1/4 cup onion 1 T. extra virgin olive oil 1 pound ground meat (turkey, chicken, or beef) 2 eggs 1/3 cup bread crumbs minced parsley salt, pepper tomato sauce Boil the zucchini for five minutes. Remove and cool. Slice off the top, then make a circle in the flesh, scoring the circle into many parts. Remove the interior of the zucchini using a grapefruit spoon. Discard. Saute the onion in the olive oil. Place the remaining ingredients, with the exception of the tomato sauce, in a mixing bowl. Add the onion and mix everything well. Stuff the zucchini with the mixture, and put the zucchini cap on top, then cover the casserole and bake at 350 degrees for about 45 minutes.

Pecorino Cheese - It all starts with sheep. And there are plenty…