Ever have days when nothing is defrosted from the freezer and you’ve got to come up with something for dinner other than peanut butter sandwiches or a fried egg? For the most part, I’m not a “take-out” kind of gal unless you’re talking Indian food, where my culinary expertise is sorely lacking. No, I’d rather rely on a box of pasta. It’s such a versatile ingredient that lends itself to any kind of sauce or ingredient – from walnuts to canned tuna to homemade meatballs. This time however, I had only to walk to the garden to draw inspiration. The garden delivered the inspiration in spades –  eggplants, tomatoes and some lacinato kale (or Tuscan kale, which is used in ribollita). Bingo, my dinner plans were set. I cubed the eggplant and laid them on a cookie sheet with the tomatoes, dribbled the whole thing with oil and some herbs and set the cookie sheet on the grill, to cook the veggies: 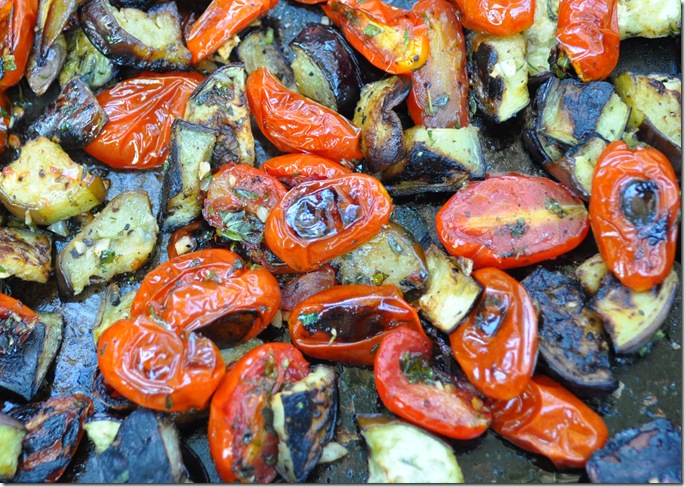 Meantime, I started the pasta cooking and for the last few minutes the kale was thrown in. 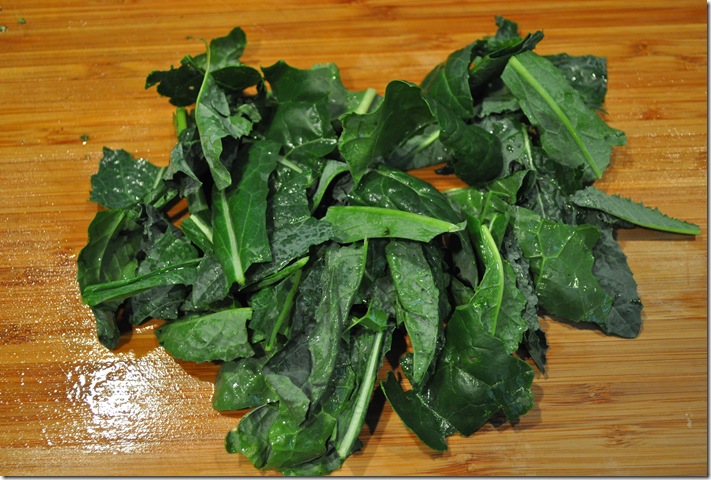 Drain the pasta and kale, add the grilled eggplant and tomatoes, sprinkle with parmesan cheese and dinner’s ready. 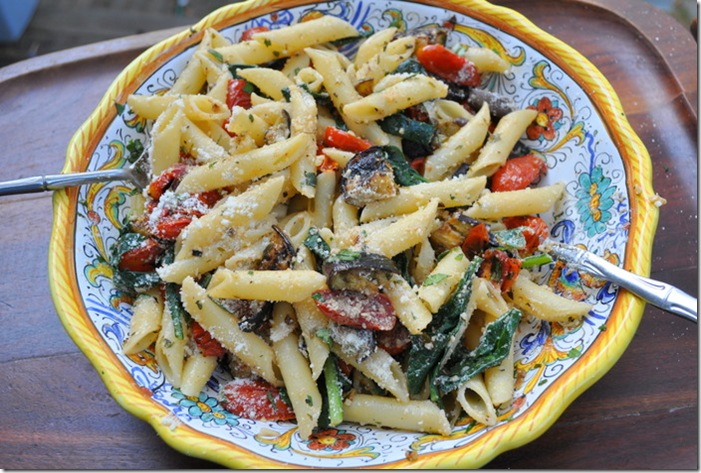 Bounty of the Garden Pasta printable recipe here serves 2 to 4 depending on appetites 2 Japanese-style eggplants (or 1 large regular eggplant), cubed 2 cups grape tomatoes (or plum tomatoes) 1/4 cup olive oil 3 cloves garlic fresh herbs (parsley, basil) salt, pepper 1/2 pound ziti, penne or other pasta handful of lacinato kale, or spinach if you prefer olive oil to drizzle on top parmesan cheese Peel the eggplants if you like. What I do is peel off alternate strips of the eggplant, leaving some skin on. Place the eggplant pieces and the tomatoes on the cookie sheet with the olive oil and place over the grill for about five minutes.  Add the garlic, herbs, salt and pepper to the cookie sheet and grill another five minutes or until the eggplant is softened. Meanwhile boil the pasta and for the last few minutes of the cooking time, add the kale. Save a bit of the pasta water in a cup, but drain the rest after the pasta is cooked. In a large bowl, combine the grilled veggies with the pasta and the kale. Add some of the reserved water if needed. Drizzle with olive oil and top with grated parmesan cheese.

A trip to Sicily is eye-opening in so many senses, including its…

Chickpea Avocado Salad and other goodies