Baba au rhum is a dessert commonly found in Italy, particularly Naples and Southern Italy, but not so well known to Americans. It’s really a yeast dough, similar to a brioche, that is baked in a Bundt pan or some other form, and soaked with a rum and sugar syrup. It’s typically served with a vanilla custard or pudding, which only adds to its already decadently boozy appeal.
I was won over to the dessert in 1992 when my town of Princeton initiated a sister-city exchange with a small village in the region of Molise, and I was in charge of public relations. My family joined the delegation from Princeton and headed to the small village – Pettoranello – to celebrate.  As part of the festivities, each member of the delegation was invited to lunch at the home of a local family. My family hit the jackpot when we got invited to the home of Mario and Anna Maria Canzano.
What a feast they prepared – starting with octopus salad using the olive oil made from the family’s olive groves. Two homemade pastas followed, then a braised veal dish,  several vegetable dishes and a platter featuring the soft fresh cheeses of the region. Throughout the meal, wines made by the family from their own vineyards were served, and for dessert Anna Maria  outdid herself with a tiramisu and a baba au rhum.  At some point, I’ll post the recipe for Anna Maria’s tiramisu dessert, which is the best I’ve ever eaten. For now, try her baba au rhum, which is not so difficult as you might think.
The pan used for the baba above is not your typical Bundt pan, but one owned by my friend Lilli, who also makes a memorable baba.  She bought the pan in Italy and it does make for a spectacular presentation, more so than the normal Bundt pan. I am always on the lookout for such a pan when I travel to Italy, but haven’t been able to find one like it yet. In the meantime, I’ll keep calling Lilli to borrow hers.
This baba will easily serve 20 people.
Baba Au Rhum
Printable Recipe Here
6 eggs
1 stick butter
2 3/4 cup sifted flour
2 1/2 tsp. yeast
1/4 cup water
dash of salt
1/4 cup sugar
Syrup
4 cups water
4 cups sugar
1 cup rum
grated rind of a lemon
Put the water, half of the sugar and the yeast in a mixing bowl and let it sit for 10 to 15 minutes or until yeast starts to bubble and rise. When it has started to rise, add the flour, the rest of the sugar, the salt and the eggs, beating in one at a time. Add the softened butter. Mixture will be sticky. If it’s too sticky to mix with your hands, add a bit more flour until you’re able to knead for a few minutes until the dough is smooth. 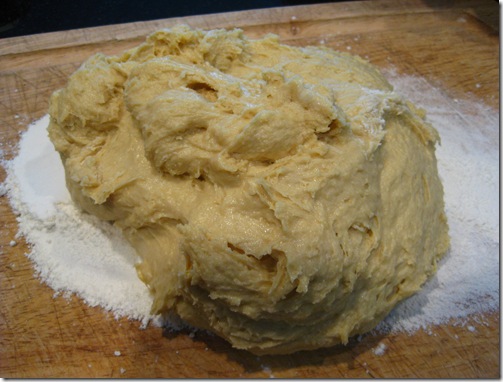 Place it into a buttered and floured Bundt pan or angel food cake pan. 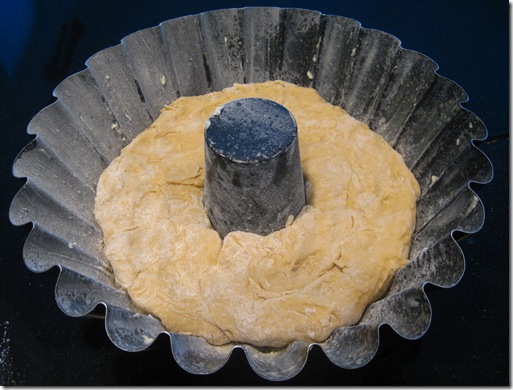 Cover with waxed paper that’s been buttered on one side so it doesn’t stick to the dough as it rises and place in a warm place. Let it rise anywhere from two to four hours, or until it reaches about triple the original amount or the top of your pan. The length of time will depend on the temperature in your room where you placed the pan. 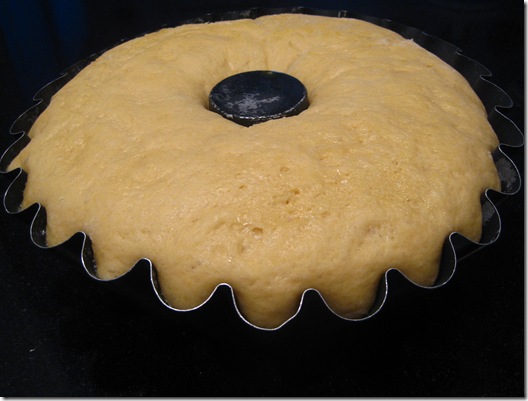 Bake in a 375 degree oven about 25 to 30 minutes.
While it is baking, prepare the syrup by cooking the water and sugar over high heat about five minutes until the sugar is completely dissolved. Turn off heat and add lemon rind and rum. Let cool a little and poke holes all over the cake with a wooden skewer. I like to pour half of the syrup over the cake while it’s in the pan, invert the cake, then pour the other half of the syrup over the cake when it’s in the serving plate. It may seem like a lot of liquid, but the cake will absorb it all, have no fear. Serve with pastry cream, if desired.
If you don’t feel like going to the extra trouble of making the pastry cream from scratch, here’s a good alternative:
Buy a small box of vanilla pudding. Make that according to package directions, then whip 1/2 cup of heavy cream with a mixer and fold into the pudding. 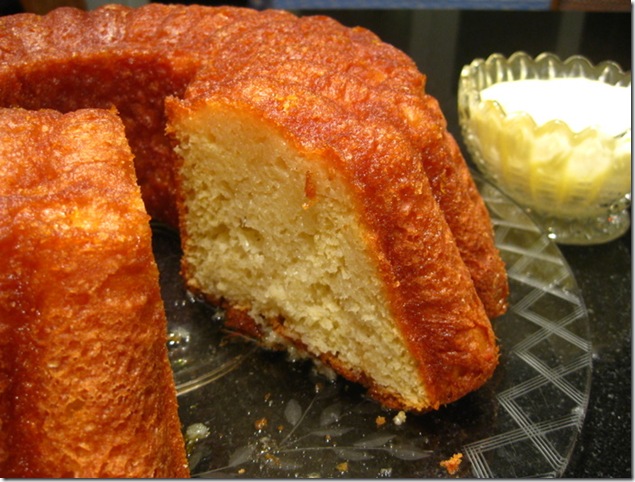 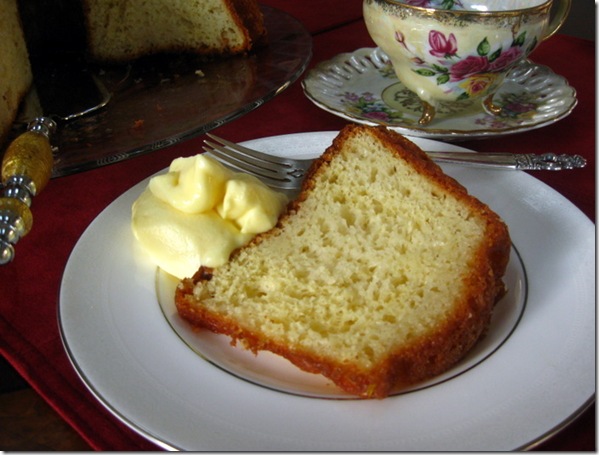 The cookie baking season has begun and if you love pecans, you'll…

Find some occasion to make this cake -- any occasion. I don't…

Are you a fan of the Great British Baking Show? It's a…