When nine opened jars of jams and jellies are staring at you every time you open the fridge, you know you’ve got a problem. It started innocently enough – some were home-made, some were purchased, some were gifts. But before you knew it, the jars were taking over a half shelf in the fridge and something had to be done. That’s where these almond jam bars come in. I bookmarked the recipe a while ago from Sara’s Kitchen, a blog whose creator is taking a little break right now, but I hope will be back to blogging soon. With all those jam and jelly jars in the fridge, this seemed like a good way to use up at least one of them. Let’s see – which to choose? apricot jam? mixed berry jam? blackberry jam? fig jam? cherry jam? blood orange jam? violet jelly? lemon jelly? pepper jelly? In the end I used the very delicious and high quality cherry jam that someone had given me from Le Pain Quotidien, but stirred in a couple of tablespoons of brandy to temper the sweetness somewhat. I would advise using a jam, not jelly (particularly not pepper jelly) since the chunks of fruit from the jams help to keep things a little more solid and add some texture too. 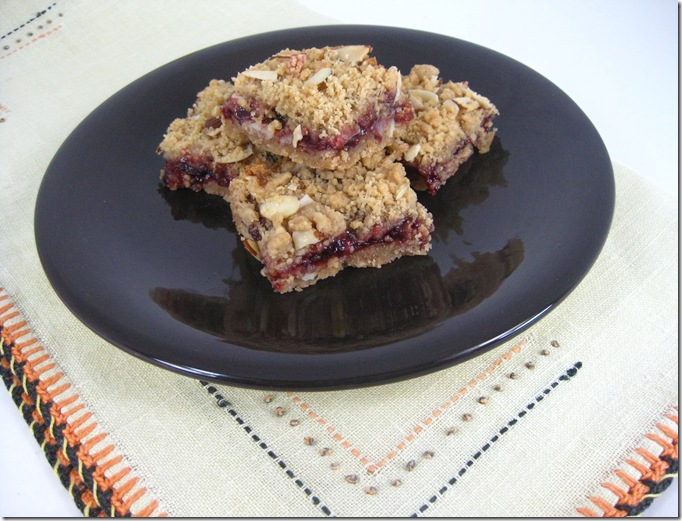 Recipe from Sara’s Kitchen, who got it from a  Martha Stewart recipe printable recipe here Almond Jam Bars

Lunch On A Trabocco

So you've had your fill of turkey sandwiches by now. But you've…