This post has absolutely nothing to do with food, but I thought it merited mentioning after taking a drive yesterday to the quaint town of Cranbury, New Jersey. Flags and bunting were everywhere and it suddenly dawned on us that it was Flag Day, something we had forgotten until then. Cranbury certainly didn’t forget though, and many of its beautiful homes were decorated with the red, white and blue of the American Flag. Take a look:

Walking through town, we arrived at the town cemetery, a place some people might try to avoid.  I find old cemeteries fascinating. We’ve also got an interesting cemetery here in Princeton where I live, with lots of historic people buried there. They even give tours on Memorial Day. But Cranbury’s claims centuries of history too and merits a visit as well. With gravestones dating back to Revolutionary times, I found some of the inscriptions mesmerizing. Unfortunately many of them, made of sandstone and limestone, were long faded away by elements of nature. 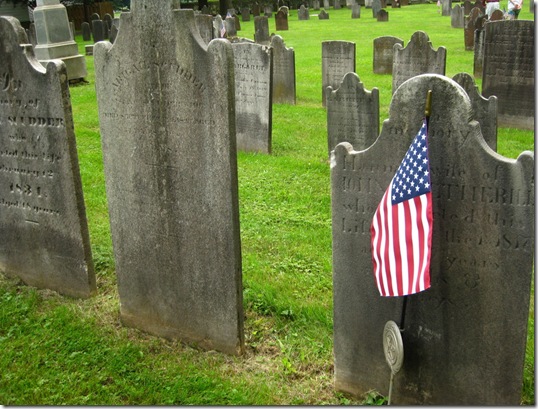 The graves of veterans were marked with flags, and it was obvious that many fought in the Revolutionary War. Some of the people buried there lived to be quite old, while others were taken heartbreakingly early in life. It was a intriguing walk through history. Here is a sampling: This fellow, Jeremiah Brown, died in 1816 at 83 years, 11 months of age. He’s got a flag on his grave, so if he was born in 1733, then it’s a good bet he was a soldier in the Revolutionary War.  Did he ever meet General George Washington, who came through Cranbury with his troops in 1788? 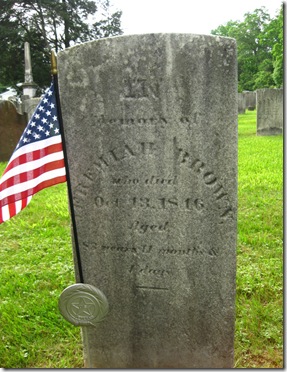 This woman, Elizabeth Wyckoff, lived until 1895 to a ripe old age of 95 years, 9 months and 12 days. Interesting when you think there were no vaccinations, or antibiotics, or anesthesia for surgery. I wonder what she ate, or why she lived such a long life. 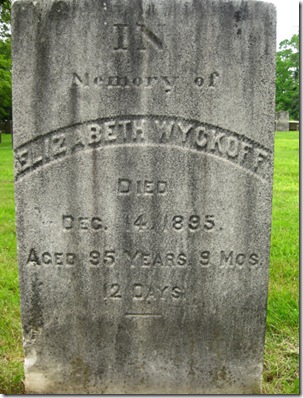 Then there were others, like little Sarah Dye, who left this earth at 3 years of age in 1782. Don’t you wonder what she died of, and if it would have happened today? 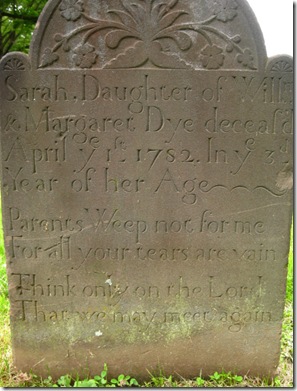 These were particularly tragic, since they were both children in the same family. Richard Handley died at 1 year and 8 months, while William Handley, his brother, lived only 7 days. Imagine the grief those parents felt. 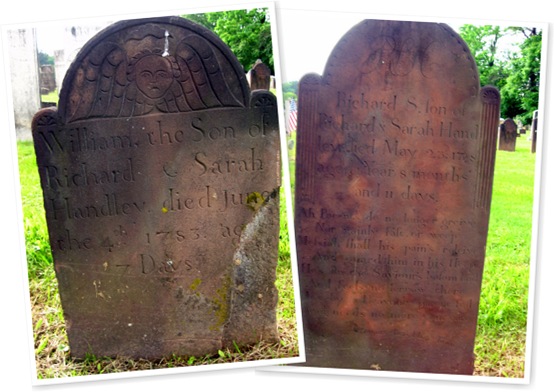 This plaque on the grave of Dr. Hezekiah Stites (don’t you love that old-fashioned name?) speaks for itself. Note how the town of Cranbury was once called Cranberrytown. 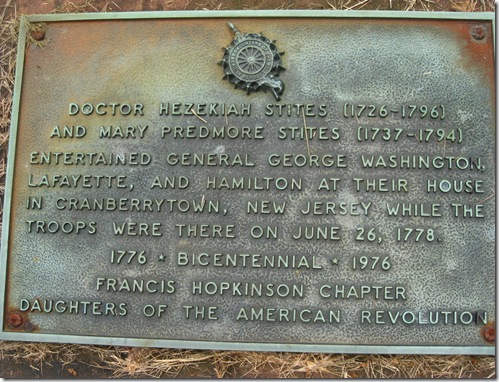 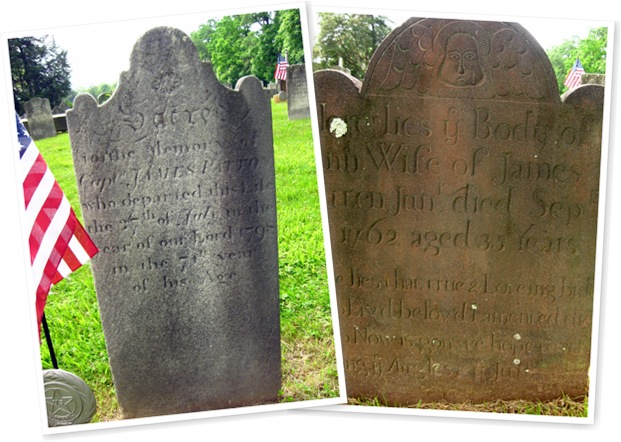 There were hundreds of other such examples, and I could have spent much more time there. If you live anywhere near a cemetery with old gravestones, go take a look and maybe you’ll be fascinated too by the designs, the lettering, and most important the lives and stories that we can only guess about today.

Time Out for Research and a Give-Away

If you don't hear from me for a couple of weeks, it's…